My short film Shoe Shine has been selected for  ‘Liminal Express’, curated by Kubilay Mert Ural, The One Minutes Series of July and August 2018.*) 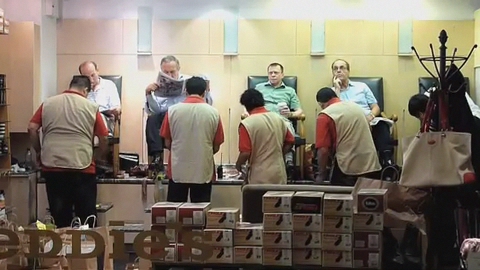 “With this selection the viewers are invited to reach out to their primordial thoughts with a critical touch. Frame by frame the problematic of the instinctive within the modern will be reflected, sometimes in abstract forms and sometimes with atonal interruptions along this composition of selected videos.” Kubilay Mert Ural

The presentation of Liminal Express will take place at Rijksakademie van beeldende kunsten in Amsterdam (NL) on Wednesday 11th at 5pm, with an introduction by Kubilay Mert Ural, a Q&A with the makers and drinks afterwards. The Rijksakademie is situated in a national landmark. the former ‘Kavallerie-Kazerne’ (cavalry barracks), Sarphatistraat 470. Due to limited capacity, please reserve your ticket via info@theoneminutes.org.

I am a rock I am an island.
The Arrival Of Spring
Bentley.