Wherever I am, I love to draw. People, animals. But people are my main subject these days. With a minimum of lines, colors, catching the emotion, moment, situation, atmosphere. Humanity. Because I believe that, no matter what, we are one people. Autonomous work, editorial work for magazines, work made as an Artist in Residence as well as portraits of people / animals on commission. Line drawings, pen on paper, as simple and direct as they are or further elaborated with water colors.

This is my newest, long-term project. With this project I would like to raise attention for the commemoration of the abolition of slavery in Surinam and the Netherlands Antilles by the Netherlands on July 1st 1863 (or 1873 because forced labor still existed until that year). It would be good if this became a National Holiday on which we all can look back and forward, a day to heal and to celebrate. My project consists of portraits of people commemorating and / or celebtratin as well as videos of songs / spoken word, stories and old photos. The first portrait I made was of Glenda and has been exhibited in M_M_Artspace last month. Below is the second portrait in the series: Hillary. It is exhibited at CBK Zuidoost at the Zomersalon Royaal, from July 1st until August 21st. Where, during the first four weeks, I also had a mini solo exhibition with 12 more portraits.
There will be a first major overview exhibition in Heesterveld, Amsterdam Zuidoost, June 25th -July 15th 2022 and I will be participating in some group shows too.. This project will probably be spread over a few years as I like to take my time, to be able to dive into the subject. Next year, June – July 2023, there will be a second big overview exhibition in Suriname, at Marcel Pinas’ Tembe Art Studio in Moengo.

Guest artist at Kentalis Signis, a special school for children who are deaf or otherwise hard of hearing. Drawing sessions with eight groups with children from age 3 to age 16. A wonderfiul experience in which I experienced a most precious way of connecting.

Paramaribo Portraits
In September and October 2019 I have been working on a series of portraits as an Artist In Residence in Paramaribo, Suriname. Twelve of these portraits were on show at the  duo exhibition ‘Bezielde Lijnen’ with Rinaldo Klas, at Readytex Art Gallery during the month of October 2019 and one at the group exhibition Brasa Mi Ori at Arti et Amicitiae, Amsterdam, until January 17th  2020. You can have look at all portraits in this online album. Sketchbook Japan
In July 2019 I traveled through Japan, bringing a sketchbook, my pen and my watercolors with me. After a few days, in Nara, I bought a small box of Japanese watercolors (kuretake gansai tambi). In the beginning I struggled with the boldness of this paint, but after a while I enjoyed experimenting and playing with these colors more and more and filled my sketchbook with them up until the last page. If you want to have a look at all fifty drawings, you can go to this online album. Beautiful prints can be ordered too.

Mothers from the Rif (Northern Morocco)
It started with a portrait of Nasser Zefzafi’s mother, and a portrait I made for my dear friend and fellow artist, the poet Mimoun Essahraoui of his yemma. After that more commissions are coming in. Grateful to have the opportunity to portray and honor these beautiful, dear and brave women from Northern Morocco.

Argus – opinion magazine
Drawings of people in the streets, in the subway, at the library, in a shop or in other public spaces, on the back page of ARGUS, a new Dutch opinion magazine that appears every two weeks. I contributed to this magazine from the beginning in 2017, lately, March 2019,  its festive 50th issue was launched! 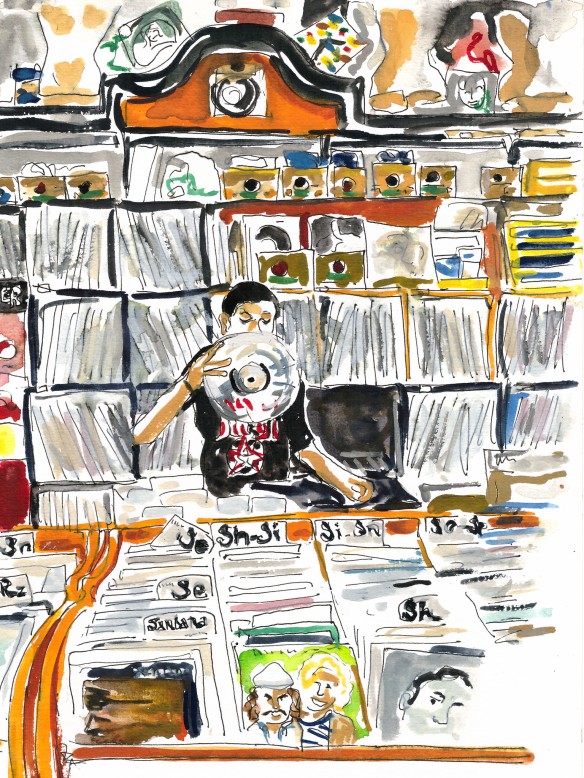 Z!, The Amsterdam Street Paper
An impression in image and text of a certain place, at a given time. 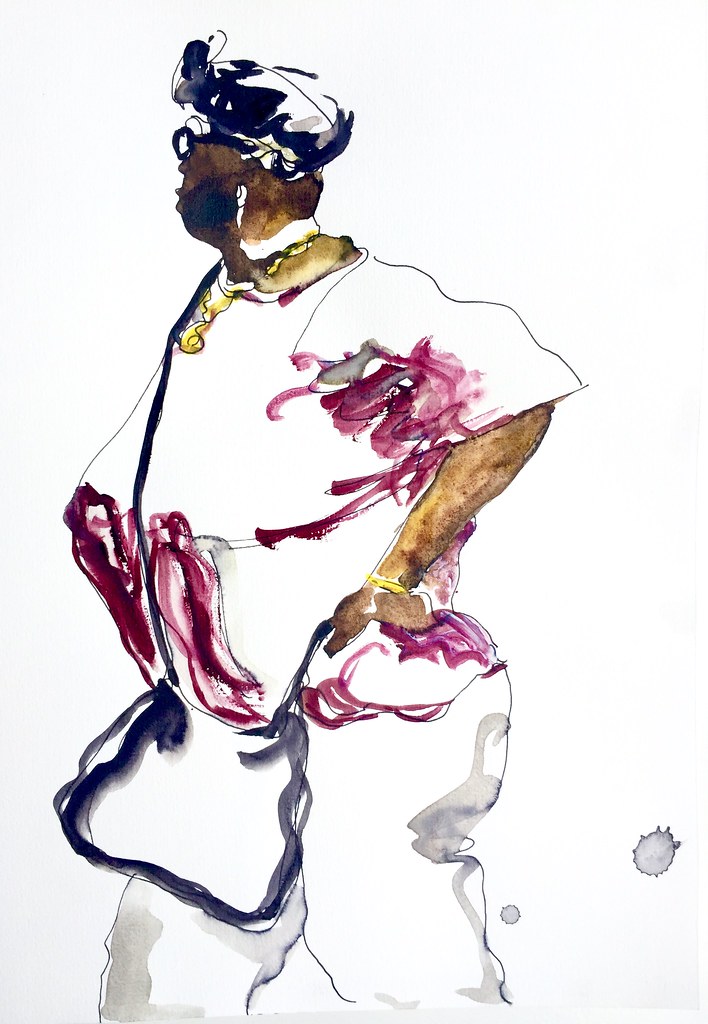