‘gullivers travels’ and ‘glow’ at RIFF 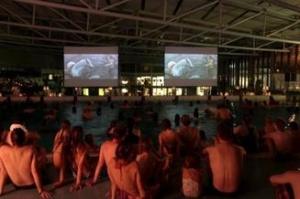 My video gulliver’s travels is screened at Deep Blue, RIFF, Reykjavík 2014 Somewhere deep down lies the secret to a new beginning, curated by Icelandic artist Arnar Ásgeirsson, will be screened in two public pools during Reykjavík International Film Festival (RIFF). The first screening will take place on 30 September at Kópavogslaug swimming pool and will be followed by a a hot tub discussion with the artist. The second screening is on 1 October at Vesturbæjarlaug swimming pool. 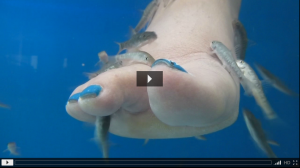 The swimming pool, with it’s surround sounds above and under the water, it’s own culture and, specifically in Iceland, it’s unnatural natural surroundings, are the basis of Ásgeirsson’s inspiration for the series. Deep Blue brings the tales of water. We have explored only 5% of the world’s oceans. The undiscovered majority of the ocean has been part of heroic stories; it is a sailors grave and a vikings funeral. What we know about the deep blue and what we use of it can be compared to how we use the Internet, just the tip of the iceberg.

Arnar Ásgeirsson put out an open call asking artists to react to the deep blue in the widest sense of indeterminate definitions. He also selected films of The One Minutes archive, using tag lines such as Kevin Costner, islands, message in a bottle, Vasco de Gama and Titanic. The final selection shows the diversity of the deep blue. Ásgeirsson selected One Minutes with an apocalyptic or post-apocalyptic feel to them, almost science fiction. This selection refers to his surroundings in Iceland that, according to Ásgeirsson, often feels like a sci-fi film. 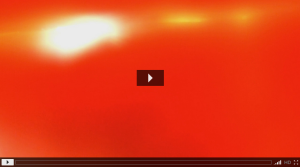 Comments Off on ‘gullivers travels’ and ‘glow’ at RIFF