The One Minutes on Tour – Nanjing, China

The One Minutes on Tour – Nanjing: Remake.
From 21 October until 20 November three of my one minute films will be screened in Nanjing, China, in the Art Museum of Nanjing University of the Arts (AMNUA): ‘Gulliver’s Travels’ (Amsterdam 2012), ‘Glow’ (France 2011) and ‘Water Ballet’ (Amsterdam 2008).
In close collaboration with The One Minutes, AMNUA co-curated and designed a show that is in a sense a Chinese remake of the realm of The One Minutes. The exhibition takes place in AMNUA’s futuristic Hall03 on the top floor of the museum. The museum was established in 2012 and is a feast of contemporary Chinese architecture. 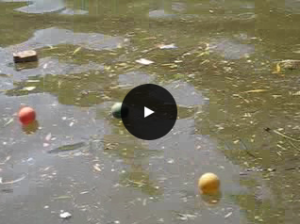